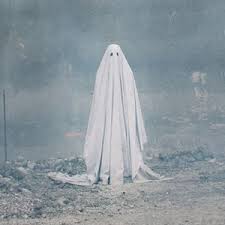 We got into this field years ago out of personal reasons, and while we’ve put investigations mostly on hold (due to a variety of circumstances, which we won’t go into here…), we’re still both compelled by the subject.

That subject, of course, is what happens when you die? To be brutally honest, our general impression after a decade or so of being involved, directly or indirectly, in the paranormal field, is that shockingly few practitioners are actually interested in the question itself.

For m0st, supposedly, the question is already answered: you either “go into the light”, whatever that means, or you “cross over”, whatever that means…and if you have unfinished business (most people do when they die), or you have regrets or sources of anger or hurt, you hang around dusty basements and grunt monosyllabic things at club t-shirted investigators, who build elaborate stories about you and your past and your family history, and pat themselves on the back and move on.

But at the roots of this discipline is trying to understand the nature of mortality, understanding the remnants of personality (if any) that survive death.

For anyone still interested in that, we strongly encourage you to watch (rent or buy) “A Ghost Story” , the indie film released this year with Casey Affleck and Rooney Mara.  Poetic, elegant, and not always easy to watch, it takes a decidedly uncompromising view of death, widowhood and some thought provoking explorations of the themes of time and mortality. It is NOT a paranormal film, although it brushes by some of the constructs of the paranormal oeuvre. If you belong to a paranormal team, get the team together for an evening, put away the devices, and watch this. Discuss it.

It is uncomfortable in places – director David Lowery draws out some of his scenes to excruciating length. There’s very little dialogue in most of the film, and the subject of the film is portrayed as a Halloween bed-sheet-with-eye holes spirit, counterintuitively to not-comical and devastating effect. Alternately bleak and hopeful, the film will take you to places you may never have been before. And if you’re the type who likes to swear at ghosts to get them to leave a spike on your voice recorder, this film may give you pause.

Watch this film. It will move you, provoke you to thought, and may help coax you away from the ghosts-as-clubhouse-fun triviality that the para-reality shows have deadened your humanity with.